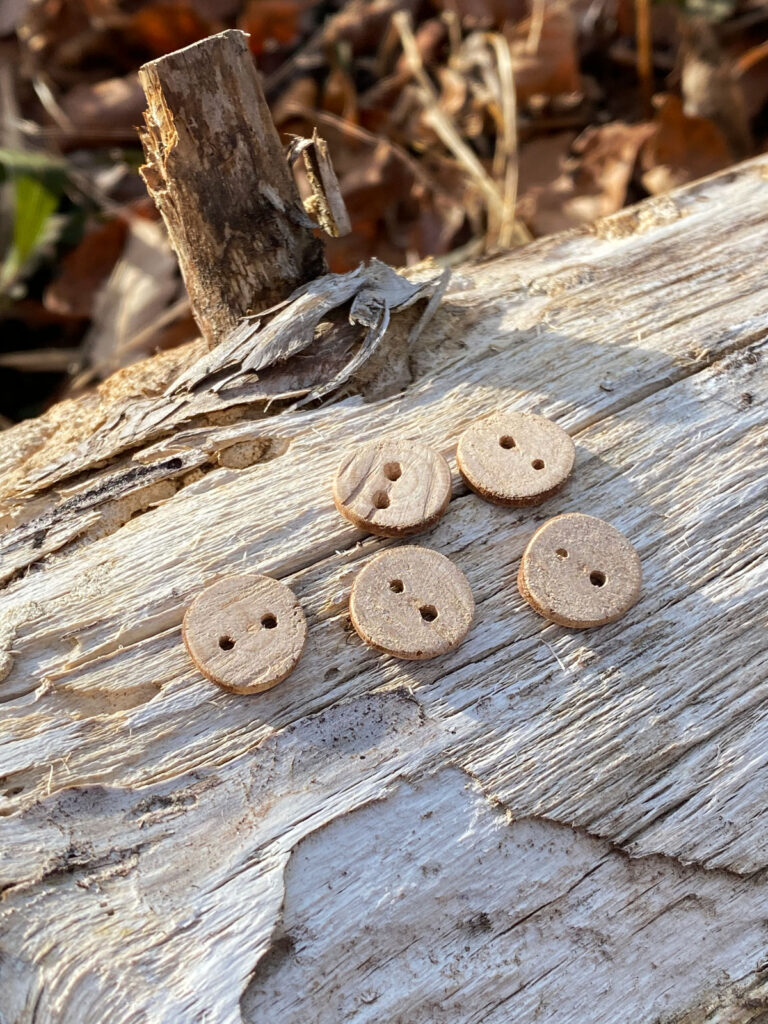 A Japanese cherry tree, Uwamizakura, blooms white flowers in my garden. I dried its hard branches for about six months to make small buttons. The small annual rings on the hard little branches depicted the years of its life.
When two holes were drilled in the branches with small annual rings to make buttons, they started laughing with various expressions. When I placed the buttons on the tree, which had rolled out of the door with a giggle and a chuckle, the buttons, which had been scraps of branches, created a world of their own.
When humans add just a little bit of their own touch to cool nature, a very heartwarming world opens up. I sometimes wonder if this is the original role of human beings.